Precision Cognitive Profiling Over Time: Simply as Good as it Gets & Totally Predictable for Everyday Behaviour

CogTrack has been developed to enable the status of cognitive function to be assessed by anyone, at any time in any place. The first phase, completed in 2015, involved the creation of an internet platform of cognitive function tests which over the last 35 years have proven to be the most sensitive and repeatedly used in worldwide clinical trials. Moving these automated tests to an online platform has enabled various on-going major long-term studies to utilize CogTrack to measure cognitive function outside of the traditional constraints of laboratory or clinical settings. The consequence has been to dramatically increase the scale, practicality and economic efficiency of such trials. Already in one 10-year study which began in late 2015 more than 16,000 older individuals have performed CogTrack on up to six occasions. The current phase of development is to enable the CogTrack tests to be performed on handheld and touchscreen devices. 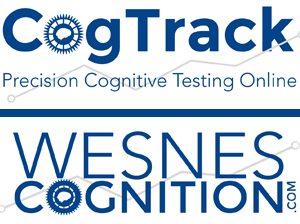